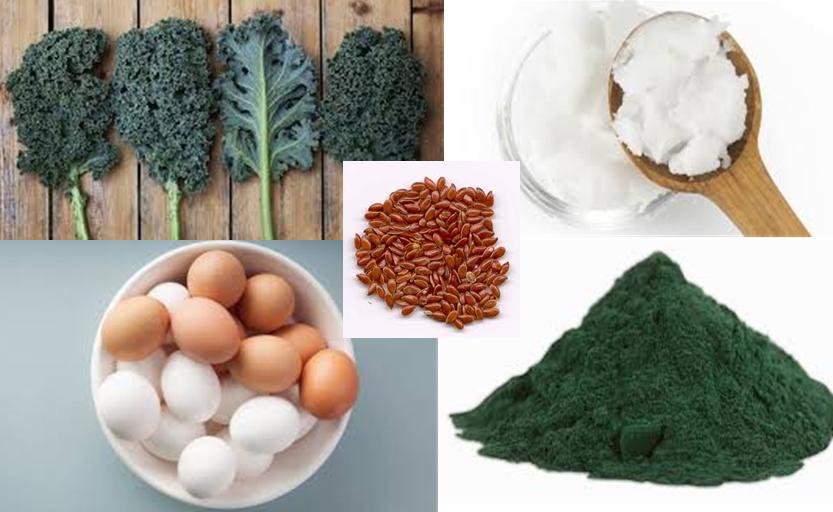 The 5 most powerful foods to trigger your fat burning hormones

BY TARRYN THOMPSON | IN HEALTH & NUTRITION |

I would say most weight loss programs don’t address the hormones that trigger fat loss. Instead they’re more about cutting calories and portion control. As you age you need to start looking at the relationship between hormones and certain foods especially the fat burning foods.

So the top 5 foods that will help you burn fat are:

Eggs are such a complete food. It has nearly every single nutrient your body needs. You could pretty much live on them. Eggs are at the top of the list because they contain hardly any carbohydrates so you won’t get an insulin spike which is a fat making hormone. They’re also a great protein food so they WILL stimulate fat burning.

Spirulina has 60% protein, thats more protein per weight than red meat. It has 94 trace minerals and elements. Because its so nutrient dense it triggers the fat burning process very well.

My favourite. Coconut oil is a proven fat burner, especially in the abdomen. It boosts metabolism and reduces cravings.

Kale is probably the most nutrient dense food on the planet.  Kale has a lot of Vitamin A, calcium, magnesium and potassium which help to reduce cravings. I have it in a smoothie in the morning to help towards by 7 cups of veggies per day.

Try this for breakfast.

3 stems of kale, storks and all

1 piece of pineapple, fresh or canned

4 eggs lightly scrambled with a pinch of Himalayan Rock salt